BY DAVID AKIN GLOBAL NEWS
They were three schoolyard chums — the U.K.’s Boris Johnson, France’s Emmanuel Macron and Canada’s Justin Trudeau — snickering about the schoolyard bully — America’s Donald Trump — confident that none of their yuk-yukking and nudge-nudging would ever make it out of their corner of the playground.And then it did. And only one of those chums got caught: Trudeau.

But the bully’s response was surprisingly charitable. He only called Trudeau “two-faced” before shrugging Trudeau off as “a very nice guy” who was hurt after Trump correctly called him and Canada out for being lightweights when it comes to defence spending.

And as both leaders jetted back to their respective national capitals Wednesday, the chattering classes in Washington and Ottawa got down to figuring out how this would affect a Canada-U.S. relationship that was already a little more than slightly chilled.

“My view is that President Trump made his mind up about Justin Trudeau at [the 2018 G7 summit in] Charlevoix — ‘very dishonest and weak’ — and now has been confirmed in this impression because Trudeau was nice to Trump face to face and then catty about him with Macron later,” said Christopher Sands, director of the Center for Canadian Studies at the Johns Hopkins School of Advanced Studies in Washington.

“This is not good for their personal relationship, but the machinery of government will continue to handle most issues on the bilateral agenda for now, so there will not be an explicit price for Canada to pay now. But as we have seen with Mitt Romney and others, Trump has a long memory for slights and I expect there will be consequences down the line.”

Indeed, even though the Trudeau-Trump relationship might remain unchanged — for now — it may make things more difficult for those working on Canada’s behalf in Washington. On social media and the cable news networks, Republicans reminded anyone who would listen that, when he’s travelling outside the United States, Trump represents all America and that America’s allies at least ought to have a little respect for the office. That was a point made on Twitter by a Democratic representative — who is no fan of Trump — on Twitter.

When @POTUS travels outside our country, he represents us to the world. We are all Americans. We should wish him well and want him to succeed. Basic courtesies should be extended to the American President and First Lady. What Princess Anne did was unnecessary and disrespectful. https://twitter.com/SkyNews/status/1202205680821850112 …

Is Princess Anne in trouble?

as the royals greet US President Donald Trump and the First Lady at Buckingham Palace. 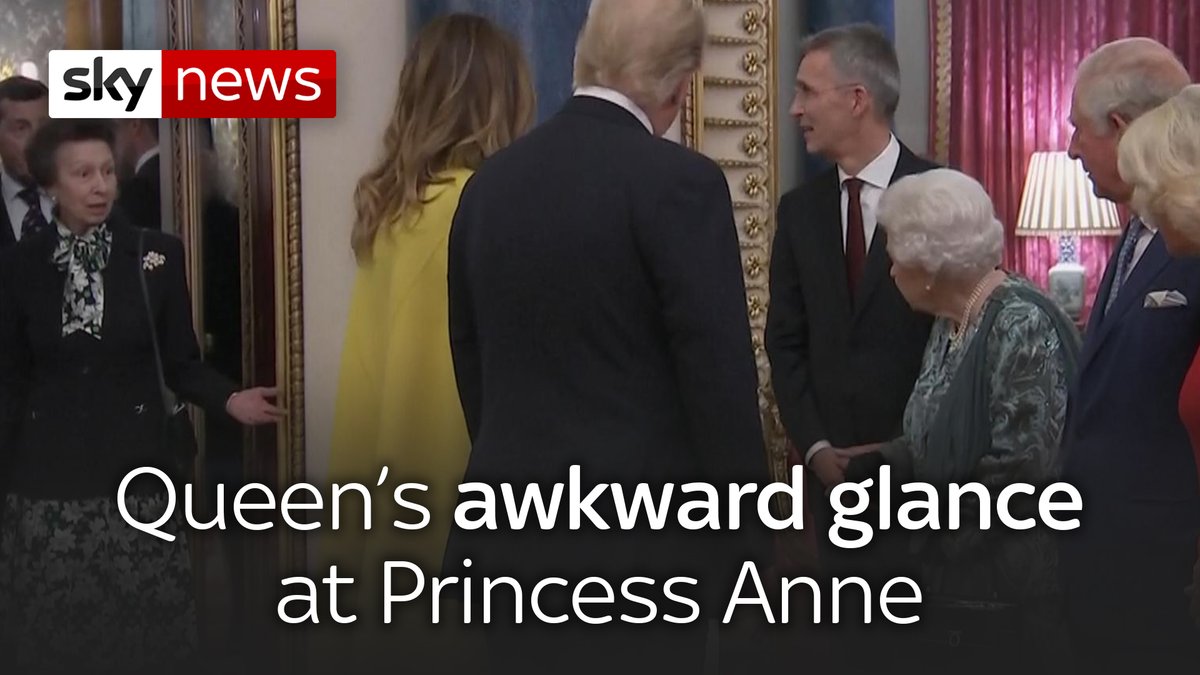 11.5K people are talking about this

In any event, to the extent that one believes that Trump is a strategic thinker when it comes to politics — and that’s obviously a highly debatable point — Trump has bigger problems than catty comments by Trudeau, Macron or Johnson.

For example, Trump needs to get the new NAFTA through Congress, where it’s known as the United States-Canada-Mexico agreement. As he enters his re-election year, Trump needs a foreign policy win.

“Trump needs NAFTA more than anyone else does,” said Kim Richard Nossal, a professor of political studies at Queen’s University and a longtime student of Canada-U.S. relations. “Trump’s got nothing to show for his three years. Everything he’s touched in global affairs has turned to dust.”

If Trudeau can push the USMCA over the finish line, Trump may more quickly forget the NATO snickers.

Colin Robertson, a veteran Canadian diplomat who is now a fellow at the Canadian Global Affairs Institute, noted that, so far as the NATO summit was concerned, Trudeau’s “unforced error” is not the most significant issue. Trump, Robertson said, has a problem with the Pentagon. His generals are suspicious and annoyed at Trump for the way he has destabilized the NATO alliance. Trump needs to patch that relationship up and he got a start in London by seeming to be a defender of the kind of NATO-bashing that Macron engaged in.

And Robertson agrees with Sands that Trump’s ‘two-faced’ comment is not a big deal, as he has said worse about Trudeau in the past.

“I think this will pass.”

2:08Singh comments on Trudeau ‘mocking’ Trump at NATO reception, says other things to criticize about

Singh comments on Trudeau ‘mocking’ Trump at NATO reception, says other things to criticize about

But Trudeau has given Canadian voters yet another reason to think that he is not a serious player on the international stage.

Indeed, during the just-concluded election campaign, it was easy to find Liberal partisans at Trudeau rallies who, though they certainly planned to vote for him again, thought his conduct on the foreign affairs file in his first mandate was disappointing, mostly because of that ill-fated trip to India.

But most polls over the last few years have, by and large, shown that Canadians generally approved of the tone and approach that Trudeau took when dealing with the combustible American president. Trudeau was respectful but not deferential; firm but not aggressive. His approach yielded a new NAFTA that could have been much worse and ensured that the illegal and damaging steel and aluminum tariffs levied on Canadian firms last for as short a period as possible.

Trudeau’s handling of his Washington neighbour — a neighbour polls have shown that very few Canadians like — may have helped Trudeau in the election.

And though it may be two or three years before voters are asked to render their second verdict on Trudeau’s time as prime minister, they, like Trump, may have long memories for slights.

Most alliances historically don’t last more than a couple of decades, but the North Atlantic Treaty Alliance is 70 this year, and has grown over that time to its now 29 members.

Originally formed as a protection against the Soviets, new and much different types of threats lurk, and there are divisions in the organisation.

Colin Robertson, a former Canadian diplomat and a Vice President of the Canadian Global Affairs Institute. discusses the issues.

ListenU.S. President Donald Trump has been forcefully scolding many members of the Alliance for not living up to defence spending. In 2018, the Alliance widened the rules as to what counts as defence spending.  Canada is among several members, including France and Germany, not living up to the commitment to spend at least two per cent of GDP on defence.

This now includes for example, pensions paid to former soldiers. The Liberal government has been meticulously searching for any expense that might be counted as defence spending including RCMP expenses for members involved in peacekeeping, costs for Canada’s spy agency-the Communications Security Establishment (CSE) and even death benefits for veteran’s survivors. Canada now spends about 1.27 per cent of its Gross Domestic Product on defence.

Robertson notes that the Alliance is burdened with disagreements, but that this is not unusual in NATO’s history.

Members of the enhanced Forward Presence Battle Group Latvia wait for helicopters in the training area during Exercise TOMAHAWK Soaring at the Lielvārdes Military Base, Latvia on Oct. 3, 2018. Canada points to such efforts and training missions of other NATO troops as a demonstration of its commitment, beyond mere dollars. (eFP BG ROTO 10 LATVIA Imagery/CAF)

It now faces new and much different threats from the more simpler Cold War period, such as new state actor threats, social but somewhat fluid and unorganised threats like piracy and mass migration, and non-state actors like Al Queda and DAESH, and a move by Russia and China to militarise space. While it has its hurdles to overcome, Robertson feels the Alliance will remain strong coming out of this week’s meetings.