The new prime minister won praise and made headlines early on, but his to-do list includes a host of key issues with consequences beyond Canada’s borders 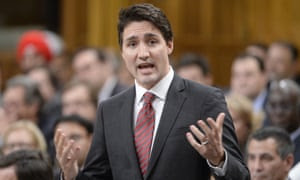 Justin Trudeau will soon get a chance to pitch his plan for a renewed continental partnership on the environment and clean energy in the yet-to-be scheduled annual North American Leaders’ summit. Photograph: Adrian Wyld/AP

He won praise for the gender parity of his cabinet – and for his off-the-cuff explanation: “Because it’s 2015.”

He made headlines for greeting a planeload of Syrians arriving in Canada under his commitment to bringing in 25,000 Syrians by March.

And during a hectic tour in November of four international forums – including the Paris climate meeting and the Apec summit – Trudeau held his own with his international counterparts.

But political observers say that global allies will be closely watching the neophyte Liberal government in 2016 as it starts to put flesh on the bones of its many campaign pledges.

“They are clearly trying to set a different tone from the Conservative government, but pretty soon they’re going to have to get their teeth into some pretty substantive issues,” said David Bercuson, director at the University of Calgary’s Centre for Military, Security and Strategic Studies.

On defence, that means pulling Canada’s six fighter jets out of the anti-Islamic State coalition while stepping up military training and humanitarian efforts – a plan yet to be detailed – replacing its aging fleet of CF-18 fighter jets and expanding its peacekeeping efforts.

The decision to end the combat mission against Isis was one of Trudeau’s first policy announcements after his election but it is unlikely to create much tension in the Canada-US relationship, said Andrew Finn, with the Canada Institute at the Washington-based Wilson Center.

“Canada is still going to be involved in the intelligence sharing, they’re still going to have their trainers there,” he said. “There’s still a commitment to the fight.”

Canada, along with allies like Australia, the UK, Denmark and Norway, is part of the US-led Joint Strike Fighter program to design and develop a new, affordable, cutting-edge fighter jet.

In 2010, under the former Conservative government, Canada committed to purchasing 65 of the new jets without holding an open procurement process. That proved controversial, along with the costs of acquiring the new fleet, and the Liberals pledged they would seek a cheaper alternative during the campaign.

Bercuson said that the US will be concerned that whichever jet Canada picks to replace its CF-18s, it must meet key capabilities.

“We have a responsibility to our friends in Norad,” he said. “For the Americans to look north and see a big hole in continental defence is not the best way for us to win friends and influence people in Washington.”

Analysis TPP or not TPP? What’s the Trans-Pacific Partnership and should we support it?

Twelve Pacific rim countries have signed a sweeping trade deal but will it cut red tape and boost commerce or is it a sellout to big business that will cost jobs?

On trade, the Liberals have committed to implementing the Canada-European Union agreement (CETA) and consulting on the Trans-Pacific Partnership (TPP) deal.

Former Canadian diplomat Colin Robertson said Trudeau will be pressured by TPP partners to support the deal but won’t have to tackle it politically until the 12-nation agreement is brought before US lawmakers for a vote next year.

“If you endorse the Canada-Europe deal it’s pretty hard not to endorse the Trans-Pacific Partnership,” he said. “And arguably it’s more important to us because it includes the United States and Mexico, which effectively allows us to update Nafta.”

Robertson also said that Canada’s partners will keep a close eye on Trudeau’s handling of the country’s finances.

The government said it would run up to CAD$10bn annual deficits over three years before balancing the budget in 2019 in order to pay for major infrastructure and sustainable energy projects.

It has also pledged to increase funding to First Nations for infrastructure, housing, and education, has opened the door to boosting federal transfers to the provinces, and promised better services to veterans. 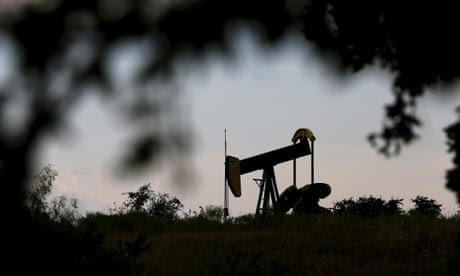 But low commodity prices, a worsening fiscal outlook and a broken promise that a middle-class tax break would be revenue-neutral is already raising doubts about the final price tag.

“Other countries will look at how he handles that side of it – that’ll be a big test,” Robertson said.

“After the financial crisis (Canada) preached a bit – probably with some justification – to others. They’ll be looking to see if there’s continuity there because that’s important for the money markets.”

Trudeau has committed to strengthening Canada’s ties with the US – which floundered under former prime minister Stephen Harper over the failed Keystone XL pipeline project – and with Mexico.

Trudeau will soon get a chance to pitch his plan for a renewed continental partnership on the environment and clean energy in the yet-to-be scheduled annual North American Leaders’ summit.

Trudeau has also been invited to the White House for a state dinner in March, the first Canadian leader to be feted in such a way since 1997 – Robertson described the two as seeing each other as “simpatico souls” on their policy vision.

But despite the honeymoon period, Liberals remain untested in a world where events like the Paris attacks have shown that the unexpected can overturn even the best laid plans and intentions.

“Now you start looking to see what they actually do and how they deal with their first crisis, which may well be foreign,” he said. “That will be the test.”