Joe Biden drops in for a visit without any gifts: Chris Hall

U.S. vice-president could provide insight about what to expect from next administration 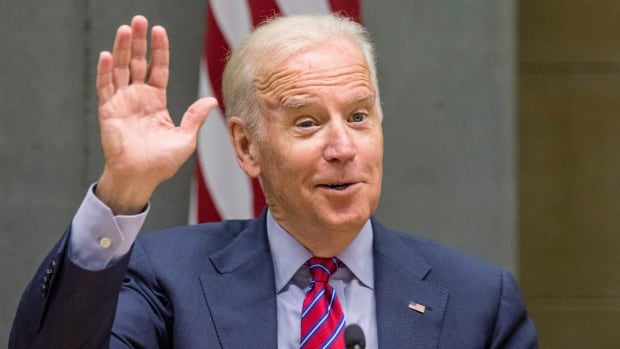 Chris Hall is the CBC’s National Affairs Editor and host of The House on CBC Radio, based in the Parliamentary Bureau in Ottawa. He began his reporting career with the Ottawa Citizen, before moving to CBC Radio in 1992, where he worked as a national radio reporter in Toronto, Halifax and St. John’s. He returned to Ottawa and the Hill in 1998.

He’s just a few weeks away from becoming just another ordinary Joe. But that’s not stopping U.S. Vice-President Joe Biden from making an official visit to Ottawa, where the Canadian government will roll out the red carpet.

Prime Minister Justin Trudeau will play host to Biden at a dinner on Thursday night that’s being billed as an occasion to celebrate the Canada-U.S. relationship.

The next morning, the man who’s been Barack Obama’s No. 2 for the past eight years will meet with premiers and Indigenous leaders who, by happy coincidence, are in the nation’s capital for their own two-day visit with the prime minister to discuss climate change and health care. 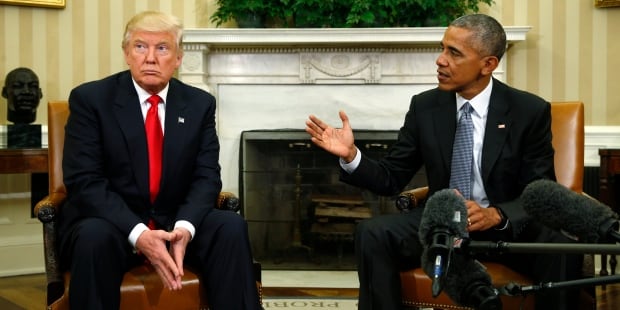 President-elect Donald Trump is getting ready to take over the White House from Barack Obama, which might explain why some files that concern Canada seem to have stalled. (Kevin Lamarque/Reuters)

Biden will hold bilateral meetings with Trudeau on Friday to discuss the “strong partnership” between Canada and the U.S. He’ll then join the first ministers to discuss the state of Canada-U.S. relations as well as other global issues.

But, given the season and all, anyone expecting Biden to come bearing gifts will be disappointed. There’s been no deal brokered in the final days of the Obama administration to resolve the softwood lumber dispute. No new measures to co-ordinate climate change policies. No pipeline approval wrapped up neatly with a bow.

What to expect from Trump

“It’s really a salutary visit intended to make Canadians feel good about the relationship with the U.S.,” says Laura Dawson, director of the Canada Institute at the Wilson Center in Washington. “There’s not much of substance for him to offer when he’s unconnected to the incoming administration of Donald Trump.”

That’s not to dismiss the visit as merely the first stop of a Biden farewell tour. As vice-president, and before that as a two-time chair of the Senate foreign relations committee, he’s well-positioned, as one Canadian diplomat put it, “to showcase the bilateral relationship.” Perhaps most importantly, he can at least explain what Canadian politicians should look for when Trump becomes president next month.

“There are a lot of concerns about the Trump election and what it means for trade and the border,” says former Canadian diplomat Colin Robertson, who’s now a vice-president and fellow at the Canadian Global Affairs Institute.

“As a former longtime senator, Biden can underline that while presidents have a lot of power, the checks and balances inherent in the U.S. system mean that major legislative changes require congressional approval.”

Even though the Republicans control the House of Representatives and the Senate, that doesn’t necessarily mean Trump will always get his way. 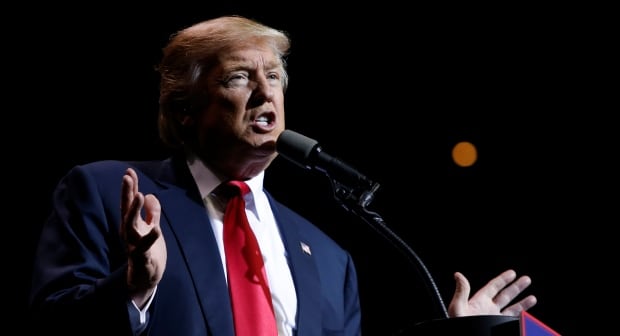 Some of Trump’s statements and tweets have caused real concern in Canada. (Shannon Stapleton/Reuters)

It all speaks to the ongoing uneasiness caused by what Trump’s been saying (and tweeting) on any number of issues that directly affect Canada, and the growing uncertainty about whether the president-elect actually means what he says.

There’s no shortage of these pronouncements. Trump’s going to scrap NAFTA, withdraw U.S. support for the Paris climate accord, roll back the number of Syrian refugees, tighten the border and end the days when freeloading members of NATO could simply count on American military might.

Dawson would add the near-certainty that Trump’s trillion-dollar infrastructure pledge will re-insert Buy American provisions that would exclude Canadian manufacturers and producers.

“Canada needs to be vigilant to avoid becoming collateral damage,” she says. “That’s something on which the vice-president can offer some reassurance that the deep ties between the two countries, at the operational and regulatory level, will remain intact.”

Biden’s own reputation for plain talk and straying from talking points may not rival Trump’s. But it could benefit Canadian politicians who want an unvarnished view of where this critical bilateral relationship is heading. Biden’s the one most likely to deliver it.

The visit even offers an opportunity for ordinary Canadians to contribute their own Joe Biden memes. The collection of captioned photos in which the vice-president concocts all sorts of plans to sabotage Trump’s arrival at the White House has flourished online since the Nov. 8 election. It’s helped burnish what The New Yorker has called Biden’s “singular place in the pop culture of American politics.”

Trudeau, of course, is no slouch as a pop culture icon.

The prime minister’s closeness to Obama is well-documented on both sides of the border. It goes beyond the shared ideologies of Liberal and Democrat to the kind of working relationship between a prime minister and president that, in the past, produced treaties on free trade and acid rain.

It doesn’t seem likely that Trudeau and Trump will forge that bond.

So the Biden visit, at least, reinforces the connection with the outgoing administration, and could help nail down decisions on outstanding issues, such as mutual co-operation in the Arctic and the legislation to expand the number of locations offering customs pre-clearance for U.S.-bound travellers, before Trump sits in the Oval Office.

It’s not much. But these days, it’s all the soon-to-be ordinary Joe really has to offer.