Canada touts trade as protectionism looms over US campaign trail 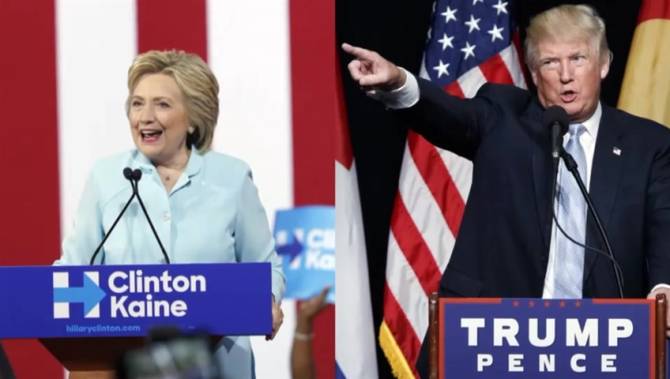 WATCH ABOVE: Trump and Clinton facing different challenges ahead of first debate

OTTAWA – Canadian diplomats are fanning out across the United States to talk up the benefits of trade with state and local leaders and counter what senior officials see as a worrying mood of protectionism swirling through the U.S. election campaign.READ MORE: Trump, Clinton’s tough talk on trade more bark than bite: report

Amid voter anger about the supposed harm done by international trade deals, both Republican presidential nominee Donald Trump and Democratic rival Hillary Clinton have talked about altering the three-nation North American Free Trade Agreement. That could have calamitous results for Canada, which sends 75 percent of all its exports to the United States.

From trade forums in Kentucky, California and Illinois addressing state legislators and small-business owners to meetings with mayors, labour unions and interest groups, a team of diplomats has gone coast to coast to explain how important Canada is as a trading partner.

The diplomatic offensive comes amid concerns in Ottawa about both candidates, who opinion show are in a tight race ahead of the Nov. 8 election.

Trump has talked about renegotiating the NAFTA treaty with Canada and Mexico to secure more favourable terms for the United States. But he has also said he would revive TransCanada Corp’s cross-border Keystone XL pipeline project, which Democratic President Barack Obama’s administration blocked over environment concerns. Clinton has said she opposes Keystone XL.

READ MORE: Donald Trump or Hillary Clinton: which president would be better for Canada’s economy?

Current and former government officials in Ottawa said a Clinton presidency posed its own challenges for Canada.

They see the Democrat as tough on trade and more hawkish than Democratic President Barack Obama, who quickly struck up a warm relationship with Canadian Prime Minister Justin Trudeau.

While tough talk on trade has occurred in previous U.S. election campaigns, “there is an undercurrent and a mood here which is concerning me,” said David MacNaughton, Canada’s ambassador to Washington.

A Clinton campaign representative declined to comment when asked about her approach to Canada if she were elected. Trump’s campaign could not immediately be reached for comment. 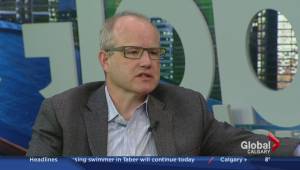 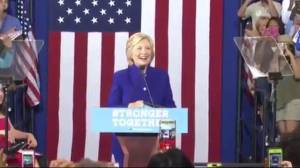 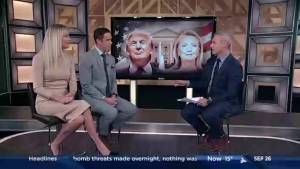 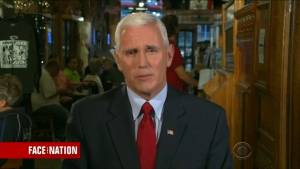 Trump has been preparing for debate “his entire lifetime”: Pence 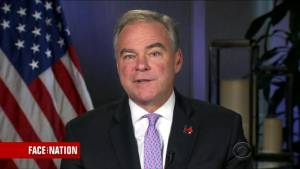 MacNaughton, who took up the job in March, has already visited Denver, Colorado Springs and Boston and plans trips to Massachusetts, Michigan and California next month.

An embassy spokeswoman said diplomats were intensifying their outreach effort and doing more events than usual. At every meeting, they hand out tip sheets showing Canada is the top export destination for 35 U.S. states‎ and that 9 million U.S. jobs depend on trade with Canada.

Trudeau will not say which candidate he favours, stressing he is happy to work with whomever U.S. voters elect. But his centre-left Liberals have more policies in common with U.S. Democrats. Elected last October, he and Obama have become close, exchanging visits to each other’s countries.

“Some of the issues that we are going to be facing will be very much the same regardless of who wins. … I think we have to prepare to deal with some pretty difficult situations on the trade front,” said MacNaughton, adding that some Americans had little idea about the size of the U.S. trading relationship with Canada.

“Those feelings aren’t going away any time soon … we may be heading into some protectionist headwinds, even with a Hillary Clinton presidency,” he said.

Trump and Clinton also oppose a proposed Pacific trade deal that could benefit Canada. One person with day-to-day knowledge of the U.S.-Canada trade file also predicted strains over Canadian exports of softwood lumber, as well as Canada’s system of protection for its dairy industry, which U.S. producers strongly dislike.

Another potential area for concern is Canada’s defence spending, which is 0.98 percent of gross domestic product, far below the 2 percent commitment agreed on by NATO members.

MacNaughton said that in his talks with Republicans and Democrats, both had raised the issue of “U.S. allies stepping up to the plate” in military terms.

Trump stirred concerns among allies and even some Republicans earlier this year by saying he would decide whether to come to the aid of Baltic NATO allies in the event of Russian aggression only after reviewing if they “have fulfilled their obligations to us.”

“We will be circled because we are at 0.98 percent,” said Robertson, vice president of the Canadian Global Affairs Institute.

That may not sit well with Trudeau’s government, which is pledging to run large budget deficits for at least the next five years to fund investment in infrastructure and social programs.

A government source said Canada had taken part in a number of high-profile NATO missions and was ready to push back on demands to increase spending in the military.

“We’re quite prepared and proud to stand up on our record and explain why there might be a discrepancy between numbers … and our actual contribution,” said the source, who asked not to be identified given the sensitivity of the topic.