Canada should focus on next U.S. administration for Keystone: former diplomat 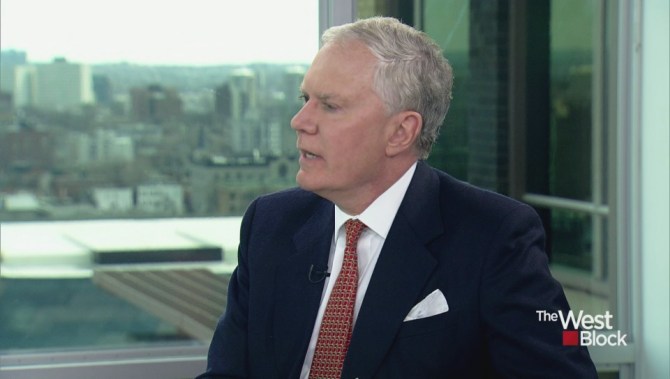 After the United States, yet again, pressed the pause button on rendering a decision on the proposed Keystone XL pipeline, the time has come for Canada to start focusing its efforts on the people who might form the next administration, said Colin Robertson, a former Canadian diplomat.

“Let’s start targeting who’s likely to be the next president of the United States,” he said in an interview on The West Block with Tom Clark. “It’s not that you ignore this administration — there’s still work we can get done with this administration — but we need to look forward. We know who the likely candidates will be. We need to educate them on Canada so we don’t have a president again who doesn’t appreciate the strategic importance of Canada.”

The proposed pipeline hit yet another delay this long weekend, when the U.S. State Department effectively paralyzed the project, saying it needs more time to prepare its recommendation to President Barack Obama.

Officials said they need to assess the impact of a court battle in Nebraska that could force a change in the pipeline’s planned route, and so extended the deadline for government agencies to comment, punting the decision past the November mid-terms.

The Prime Minister’s Office was quick to voice its disappointment of the decision, saying the decision was politically motivated.

Robertson, who was at the State Department two days before the move was announced, agreed, saying he has no doubt the move was taken under direction from the White House.

READ MORE: Albertans invited to testify at US hearings on Keystone XL pipeline

“They made the political calculation that as they go into what’s going to be a very difficult November election for the Democrats and the president,” he said. “Everybody understands, the positioning is pretty clear on both sides. This is a political decision, made for political reasons, everything to do with the mid-terms.”

While ex-presidents and Nobel laureates can try with all their might to influence the president’s decision, their attempts won’t likely be successful, said David Jacobson, former U.S. ambassador to Canada.

“You’d be a fool not to respect Nobel laureates, but I think everybody understands that the only Nobel laureate that’s really going to have a voice in this is one of the last winners of the Nobel Peace Prize, and that’s Barack Obama,” Jacobson said in an interview with Tom Clark.

“There’s a process that’s going on … and I’m not sure letters like the one that came from President Carter and the other Nobel laureates is really going to have all that much impact on the process.”

Signing that letter, Carter became the first former president to come out against Keystone XL.

With files from The Canadian Press