With Saudi Arabia’s King Salman in the chair, leaders from the G20 will meet virtually on Thursday, March 26 to consider how to respond to the financial and health crisis caused by the coronavirus. UN Secretary General Antonio Guterres says “global solidarity is not only a moral imperative it is in everyone’s interest”. Yet it is an open question as to whether or not the G20 will be up to the enormous task ahead.

In recent years the G20, representing about 80 per cent of global economic output and two-thirds of the world’s population, has effectively acted as the world’s management board. In times of crisis it is supposed to be the fire brigade. It was financial crises – the Asian and dot.com crashes at the turn of the century – that gave the G20 its birth. Canada’s Paul Martin was the architect, bringing together finance ministers and central bankers. The 2008 crisis raised it to the leaders’ level and in a series of meetings they directed the recovery.

The two superpowers or G2 – the U.S. and China – are in the midst of a trade war that is now geo-political as they trade insults over responsibility for the pandemic. It originated, as do most influenzas, in southern China. There is no evidence to suggest it came from the U.S. army as some Chinese and Iranians have claimed. President Donald Trump muses about a return to normalcy by Easter despite the advice of Dr. Anthony Fauci, director of the U.S. National Institute of Allergy and Infectious Diseases.

Chinese officials initially suppressed information about the outbreak, but now China is positioning itself as a global benefactor sending doctors and medical supplies to Italy, Iran, Iraq, the Philippines and Serbia.

Russia, which sees itself as G3, and the Saudis, who chair the G20, are engaged in a pricing battle over the price of oil. A European Union report says Russian agents are mounting a “significant disinformation campaign” to subvert Western and EU countries’ communications around the pandemic.

The Europeans – Germany, UK, France, Italy and their EU leadership – are beset by BREXIT and another migration crisis compounded by the coronavirus pandemic that is especially afflicting Italy.  Meanwhile the trouble spots – Afghanistan, Iraq, Libya, Palestine, Syria, Venezuela – as well as climate change remain on the agenda, even if COVID-19 has eclipsed them for now.

The IMF and the World Bank both forecast the pandemic would trigger a global recession in 2020. Many currencies are already plunging, and there is a risk of an emerging markets crisis. Argentina, whose debt has been deemed unsustainable by the IMF, warned fellow G20 member they must act decisively to “avoid a social meltdown”. World Bank president David Malpass is calling on the G20 to provide debt relief for the poorest 75 countries with the Bank providing a multi-billion package for support and procurement.

IMF Managing Director Kristalina Georgieva calls it, “a recession at least as bad as during the global financial crisis or worse”. As of March 23, investors have already removed $83 billion from emerging markets since the beginning of the crisis. It’s the largest capital outflow ever-recorded. According to Ms. Georgieva, who expects recovery in 2021, advanced economies are generally in a better position to respond to the crisis, but many emerging markets and low-income countries face significant challenges especially those in debt distress. Some 80 countries have already applied to the IMF for emergency financial relief. She promised to “massively step up emergency finance” and to deploy their US$1 trillion lending capacity for them.

G20 Finance ministers met on Monday and “agreed to closely monitor the evolution of the COVID-19 pandemic, including its impact on markets and economic conditions and take further actions to support the economy during and after this phase.”

Most western nations are now in lock-down to try to ‘flatten the curve’ of the coronavirus plague. World Health Organization Director General Dr. Tedros Adhanom Ghebreyesus reported on  Monday that over 300,000 cases (and now more than  400,000) of COVID-19 have been reported to WHO, from almost every country in the world. He noted that it took 67 days from the first reported case to reach the first 100,000 cases, 11 days for the second 100,000 cases and just 4 days for the third 100,000 cases. As he put it “that’s heartbreaking.” We need, he said “unity in the G20 countries”. He also warned that “small, observational and non-randomized studies will not give us the answers we need. Using untested medicines without the right evidence could raise false hope, and even do more harm than good and cause a shortage of essential medicines that are needed to treat other diseases.” 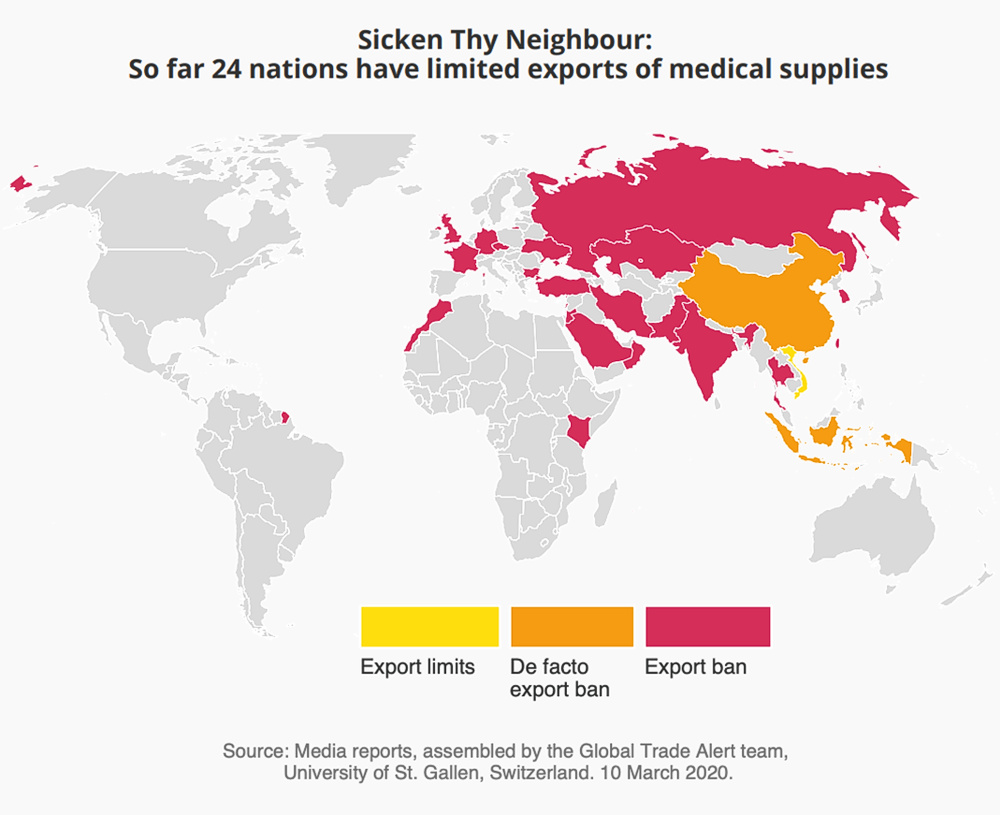 What should come out of the meeting?

It would be grand if the leaders agreed to a coordinated approach including sharing test treatment results and vaccines; rolling back tariffs on healthcare equipment; and synchronized fiscal action. The International Monetary Fund has both a trust fund for catastrophic containment and relief, as well as a pandemic-financing facility, and both will need replenishing, as well as new thinking on how to keep countries liquid.

There are lots of good ideas.

On the economic front and drawing on the lessons from the 2008-9 experience, nations are opening the taps with fiscal stimulus and monetary easing to preserve liquidity including direct cash disbursements to households. Public trust matters, as the 2008 financial crisis taught us: People must come first. Public money to business should be about bridging loans and equity, rather than bailouts.

The International Chamber of Commerce, the World Health Organization and Business Twenty (B20) call for ensuring infection control and medical products reach the hands of those who need them the most; using the private sector to help meet the need for testing and related reporting; ensuring equitable access and affordability of essential medical supplies and health services; and scaling financial assistance.

On the health side, in a joint statement on pandemic preparedness, the Business 20, Civil 20, Labor 20, Think 20, Women 20 and Youth 20 call on leaders to strengthen global outbreak response capacity and health systems and to facilitate research and development.

Practical measures could include making a global standard of the Global Health Security Index. It’s the first comprehensive assessment and benchmarking of health security and related capabilities across the 195 countries that make up the States Parties to the International Health Regulations (IHR [2005]). The Index was developed by the Nuclear Threat Initiative (NTI), the Johns Hopkins Center for Health Security (JHU) and The Economist Intelligence Unit (EIU).

What do we expect from the meeting?

Beyond a promise to keep in close collaboration and to meet again, the danger is that G20 leaders resort to bromides and weasel words. G7 Foreign Ministers met virtually on March 25 and but there was no communiqué. The readout from Canadian Foreign Minister François-Philippe Champagne said that the meeting focussed on the COVID-19 response and that they also discussed the plight of the Rohingya, Afghanistan, China, Iran, Libya, North Korea, Russia, the Sahel, and Syria. Der Spiegel reported that the meeting could not come to an agreement on the language to be used to describe the pandemic. with the U.S. wanting to call it the “Wuhan virus” and the others saying COVID-19.

For now, it’s ‘Sauve qui peut’ – every nation for itself as borders shut and quarantines are imposed. In looking at the response of G7 and G20 leaders,  NYT Mark Landler observed “their voices are less a choir than a cacophony, with the United States absent from its traditional conductor role.”

Closing borders appeals to the populists, who celebrate the nation state and oppose immigration and globalization. At worst the supply and demand shock could result in a shift back to national self-sufficiency and the unraveling of globalization. “After 9/11 and the 2008 global financial crisis, this is the third big test of our decency and ability to cooperate, because the virus does not respect borders,’’ said Brookings fellow Constanze Stelzenmüller. “We need to cooperate across the board, in health management and fiscal stimulus.”

We will need a new group of nations to take on the mantle. The leaders of the G20′s multilateral democracies – Japan’s Shinzo Abe, Germany’s Angela Merkel, France’s Emmanuel Macron, South Korea’s Moon Jae-in, Canada’s Justin Trudeau, European Council President Charles Michel and president of the European Commission Ursula von der Leyen – could form the core of this new group that should include the like-minded nations such as Norway, Ireland, Singapore and New Zealand. Taiwan can offer lessons in reining in the coronavirus and SARS epidemics, even though Taiwan has been denied even observer status in the WHO because of China’s ridiculous demands. The global public needs to see that multilateralism works and that liberal democracies can act decisively while respecting liberty. 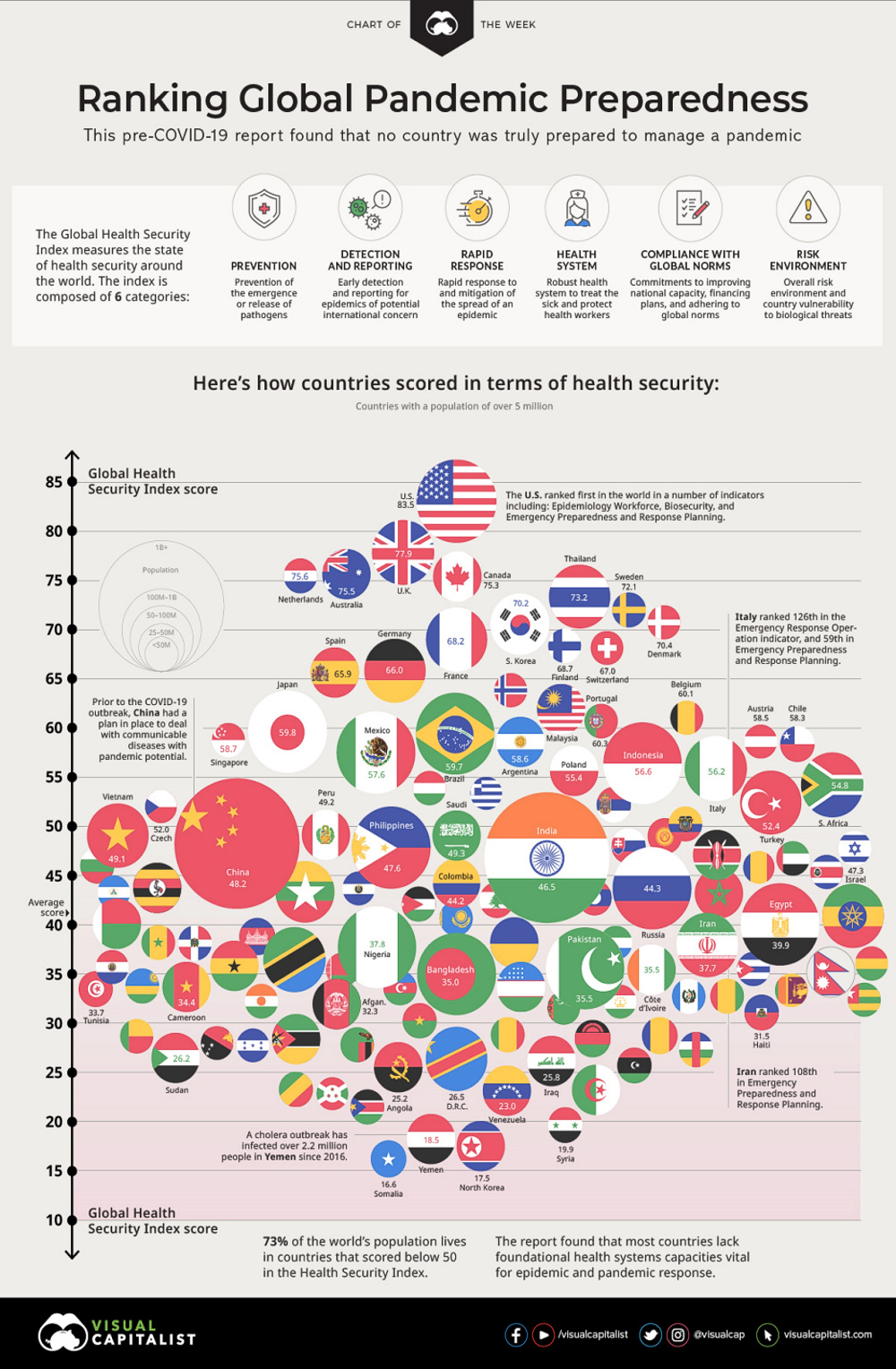 There are no winners in this situation but there are lots of losers. Then there are the 70.8 million displaced persons – twice the population of Canada – living in crowded camps ripe for pandemic, who now find doors shut from even the traditional recipient nations including Canada. According to the UN Migration Agency, as of March 23 at least 174 nations  have issued COVID-19 related travel restrictions,. The International Organization for Migration is tracking the day-by-day shutdown of global mobility pathways.

What is also clear is that this crisis is exposing the failings and costs of an inadequate global healthcare system. According to the World Health Organization, global spending on healthcare was US$ 7.8 trillion in 2017, or about 10% of GDP and $1,080 per capita. A WHO/UNICEF costing study concluded that with an additional US$1 billion per year, immunization could save 10 million more lives in a decade.

The world will continue to face outbreaks as a result of climate change and urbanization, international mass displacement and migration or accidental or deliberate release of a deadly engineered pathogen. Countries are ill positioned to combat them unless we act together.

There is lots to draw from including the 2016 United Kingdom’s global Review on Antimicrobial Resistance (AMR) that offered a blueprint of recommendations including investments to accelerate the development not just of a vaccine but also of therapeutic treatments and better diagnostics. In the absence of action AMR warned that by 2050 antibiotic-resistant microbes could take up to ten million lives per year, at a total cost of around $100 trillion in lost output between 2015 and 2050. AMR’s chair Jim O’Neill, who now chairs Chatham House,  says that the G20 will have “no excuse” if it fails to muster at least $10 billion for the immediate provision of COVID-19 diagnostics and treatments, and another $10 billion to kick-start the market for new antibiotics.

A final thought: total world military expenditure rose to $1.822 trillion in 2018, according to the Stockholm International Peace Research Institute (SIPRI). As it’s increasingly likely to be microbes rather than missiles that get us, then more investment into healthcare, and especially into preparing for pandemics, seems prudent.

Previous primers go into more detail about the G20. For more on the Saudi plan for their presidency see their strategy document.

On the Coronavirus look at this educational scrolling infographic by SCMP and animated video by Kurzgesagt that explains how the virus works. Oxford University regularly updates its Government Response Tracker (OxCGRT) across countries and time. Check out this real-time map from Johns Hopkins. See also the Financial Times real-time COVID-19 dashboard. The Visual Capitalist (a Canadian initiative) has some excellent pictorials on the Global Health Index, pandemics and ‘Black Swan’ events. 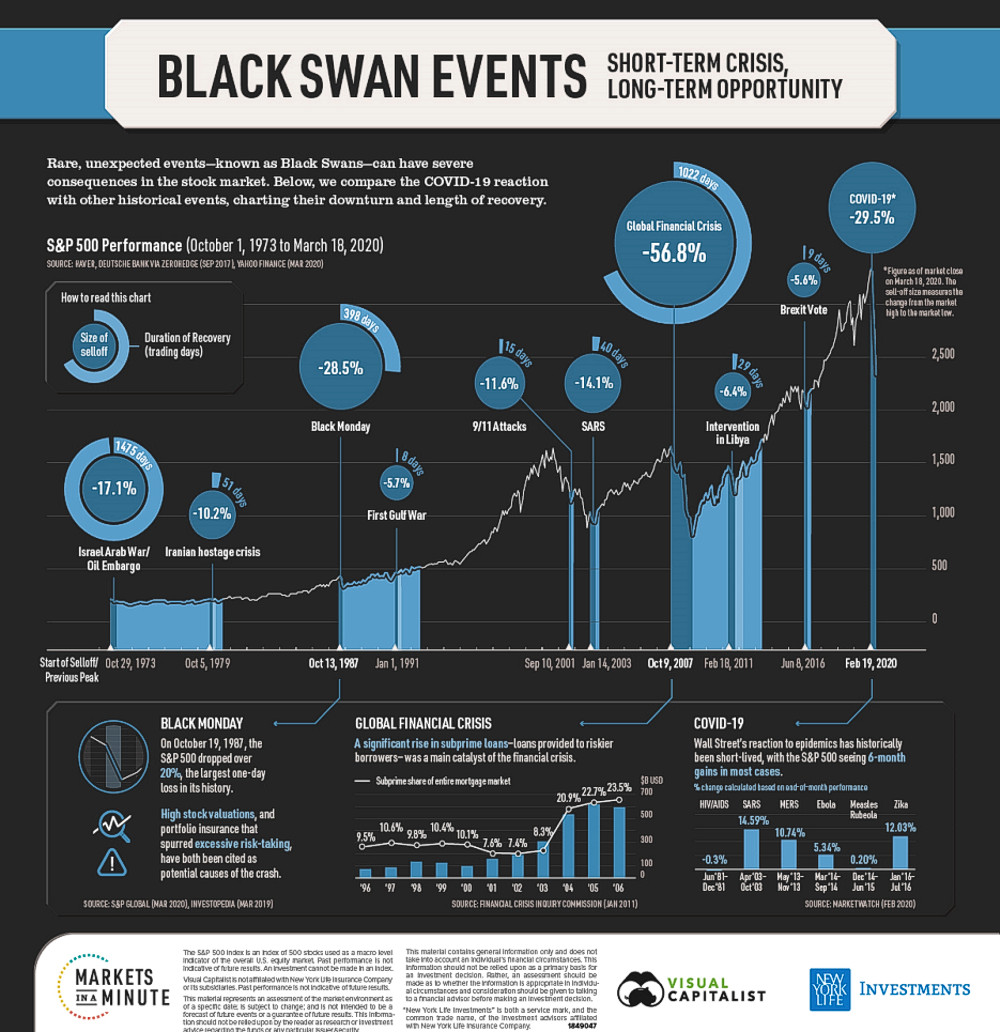