CTV News exclusive: 2 in 3 Canadians back Trump on Keystone, NATO 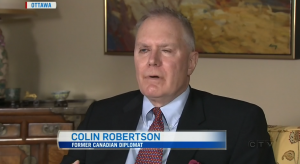 A new poll conducted for CTV News suggests about two in three Canadians are on board with Donald Trump’s proposal to approve the Keystone XL pipeline and the same proportion agree with the president-elect that Canada should contribute its “fair share” to the North Atlantic Treaty Organization (NATO).

At the same time, the Nanos Research poll found strong support for the North America Free Trade Agreement (NAFTA) that Trump has vowed to scrap or re-negotiate, and little appetite for the idea of Canada making special provisions for illegal immigrants he deports.

Here are the highlights from the survey of 1,000 adult Canadians that was conducted in late November.

The plan for the 1,900-km pipeline from Alberta to refineries in the southern U.S. was quashed by U.S. President Barack Obama just over one year ago, despite support from a politically-diverse group of Canadian leaders including Liberal Prime Minister Justin Trudeau, interim Conservative leader Rona Ambrose and NDP Alberta Premier Rachel Notley.

In May, Trump told reporters he would “absolutely approve” the pipeline, but added he would want America to get “a piece of the profits.”

On NATO, Trump has repeatedly said the U.S. is paying more than its fair share for the mutual defence pact put in place to protect North America and Europe, calling it “unfair” and a “rip off.” President Obama has also chided Canada for not contributing its “fair share,” which the 28-nation bloc defines as two per cent of GDP. The U.S. spends far more than that – 3.5 per cent. France and Britain meet the target. Canada spends only one per cent.

Nanos also asked: “Do you think the Canadian economy is better off, worse off or there has been no impact because of the North America Free Trade Agreement between Canada, the United States and Mexico?”

Nearly six in 10 (57 per cent) said NAFTA has left Canada better off, while only one in five agreed it left Canada worse off. Meanwhile, 18 per cent said they were unsure and six per cent said it had no impact.

Nanos conducted an RDD dual frame (land- and cell-lines) hybrid telephone and online random survey of 1,000 Canadians, 18 years of age or older, between Nov. 26 and 30 as part of an omnibus survey. Participants were randomly recruited by telephone using live agents and administered a survey online.